African Institute of Public Health inducts Commissioner, 7 others in Kano 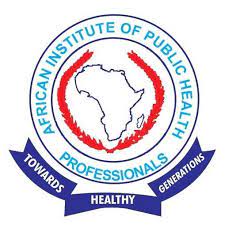 This is contained in a statement issued by the Public Relations Officer of the Kano State Ministry of Health, Hadiza Namadi.

According to the statement, the induction was conducted by the Chairperson/member Council of Governing Board of the Institute, Hajiya Hassana Waziri, together with the Registrar of the Institute, Mr. James Ayodele Bankole.

Dr. Tsanyawa, on behalf of other inducted members, expressed appreciation to the institute for recognizing the effort of Kano State Government in improving health care delivery in the state.

He thanked them for coming especially the registrar who came all the way from Abuja to ensure the completion of the process which, he said is a clear indication of the importance they attached to Kano State.

The Commissioner noted that the selection and induction of the eight distinguished personalities from Kano State was not accidental but a confirmation of what the state is doing in strengthening the health care system.

He also commended the efforts of His Governor Abdullahi Ganduje for his untiring support in the healthcare system especially in the fight against COVID-19.

In his remark, the Registrar of the Institute, Mr. James Ayodele Bankole, said no other State in Nigeria has done what Kano is doing when it comes to allocating resources to health sector and in the fight against COVID-19 pandemic.

He disclosed that preparations had reached advanced stage by the Institute to honour Governor Abdullahi Ganduje with the Award of Champion of Public Health in Nigeria in recognition of his laudable policies and achievements in the health sector.(