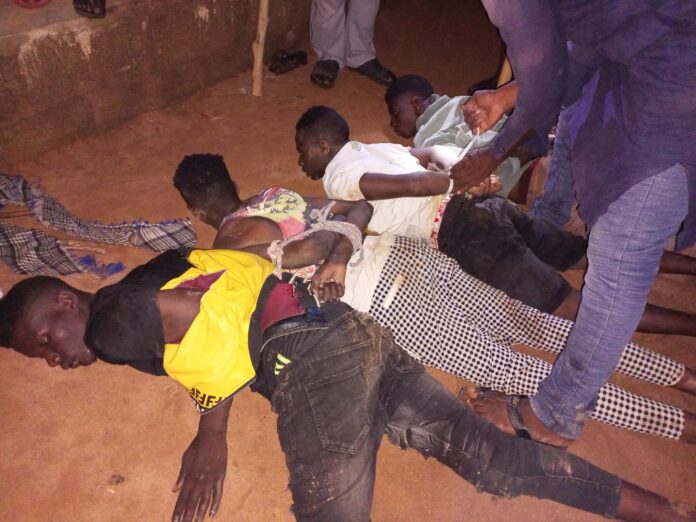 The group were apprehended following their recent operation at the resident of a Cameraman with Nigeria Television Authority (NTA) Gombe, who was attacked by the suspected criminals.

Chairman of the community association, Alhaji Umar Yahaya Marafa, said the community initiated a night patrol in the area following the recent spike in theft and house bugling.

“A lot of valuables including phones, laptops, money, and even foodstuff have been stolen from the several houses that have been bugled in just few weeks. So, in the spirit of community policing, we decided to come together and our misery,” Marafa told Daily Telescope.

He explained that the four out of the six suspects are youths from the area while the other two were from Pantami in Gombe metropolis.

He added that the suspects have been handed over to the police and that police have promised to charge them to court.

“We are encouraging victims of the house bugling to come to the Criminal Investigation Department (CID) in the state police command to give their statements, so that the boys can be charged to court to answer for what they have done,” Marafa said.

According to the Don, the cases of house bugling, theft, and snatching of phones and hand bags are slowly becoming a menace in Gombe and that it is being carried out by youths high on drugs.

The academia also blamed the rate of unemployment in the state and therefore wish that the state government would pay more attention to tackling drug circulation and the provision of job opportunities for youth.

He equally urged the state command of the Nigerian Police as well as other security agents in the state including the National Drug Law Enforcement Agency (NLEA) to do the needful and end the menace of drug abuse and theft in Gombe.

He said, “You hear almost every day, that boys numbering five, 10 to 20 in their mid-20s breaking into peoples houses with cutlasses, sticks, and other weapons asking for money or phone and other valuables.

These are youths that are high on drugs and are already addicts who are looking for money to fund their addiction”.

As a way of curbing the menace in Gombe, Dr. Umar urged professionals in the state to embark on counseling and orientation campaigns in the state.

“But this has to do with the cooperation of the state government and other actors such as the NLEA and others,” Dr. Umar said.

When contacted, the Police Public Relations Officer in Gombe, SP Obed Mary Malum said the command was aware of the happening and has initiated plans to tackle the threat.

She said, “We noticed that our divisional offices are not doing enough on the matter so the command is paying more attention to the issue now, the CID unit has been ordered to go after such youths and their accomplices”.

SP Malum added that “the action taken by some part of Tumfure community is highly commendable, the police cannot be everywhere, we communities to support the police either in patrol or to timely feed the police with information, that is the essence of community policing, we all have to contribute to security peaceful coexistence”. 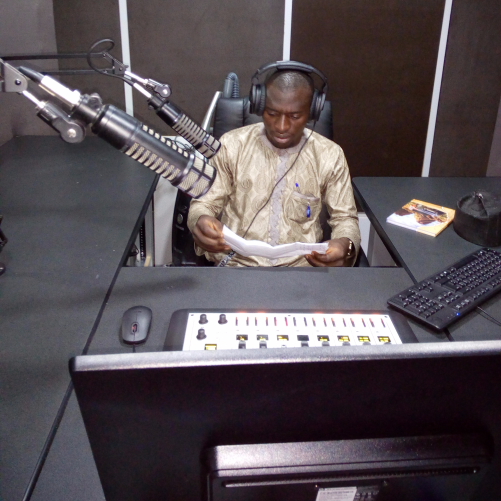