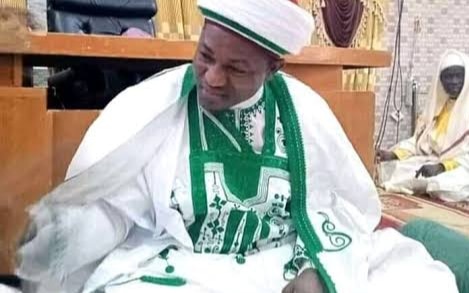 The Presiding Judge in the case of a Kano Controversial cleric, Sheikh Abduljabbar Nasiru Kabara, Ibrahim Sarki Yola has ordered for the Psychiatrist Evaluation of the cleric after remaining mute on a series of questions he was asked.

Sheikh Kabara is standing trial before Judge Yola over allegation of blasphemy against the Holy Prophet Muhammad (SAW).

Government lead Counsel, Suraj Said, filed the fresh charges against the controversial cleric, something that created misunderstanding between the dependent Counsels and Government Counsels.

However, the presiding judge, Sarki Yola, agreed to approve the inclusion of the fresh charges filed by the lawyers representing Kano state government, but only if the accused, Sheikh Abduljabar answer in affirmative or reject the charges.

Lawyers to Sheikh Abduljabar, who objected to the fresh charges and told him not to respond to whatever was slammed against him, which made him to remain mute on a series of questions asked to him by the Presiding Judge whether he is guilty or not.

The judge overruled their objections and ordered Abduljabbar to respond to the new charges, but his lawyers asked him to keep mute which he obliged.

Recalled that the Kano State Upper Shari’ah Court Presided over by Ibrahim Sarki Yola has fixed 2nd of September, 2021 to deliver his ruling on the eligibility of four SANs to continue with the prosecuting of Sheikh Abduljabbar Nasiru Kabara who is standing trial on the allegations bordering on defamation to religion and deragatory statement against Holy Prophet.

The lead counsel Suraj Sa’id had while tendering the Fiat Instrument to the Court, on the instruction of Attorney General and Commissioner for Justice, Musa Abdullahi Lawan, urged the court to terminate the First Information Report (FIR) earlier presented to the court by Police when the Defendant was first arraigned on 16th July, 2021 and granted leave to the Prosecution read over Prepared Charge to Abduljabbar Kabara.

The Presiding Judge, Justice Ibrahim Sarki Yola adjourned the case to 16 September 2021 for continuation of hearing and to receive the health report of the Sheikh.