Time will tell when I’m retiring from politics, says Ganduje 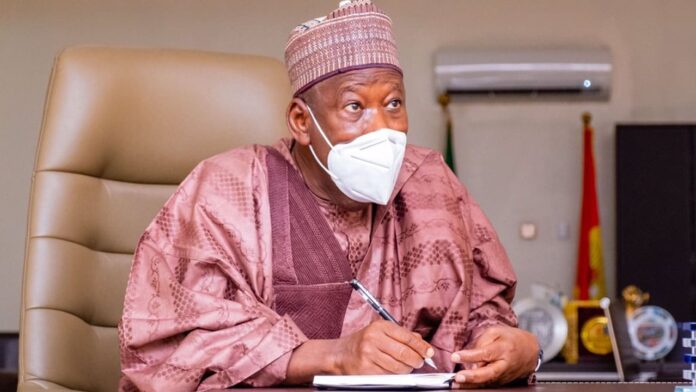 Governor Abdullahi Ganduje of Kano state has said that although he had ventured into politics since 1978, but only time shall tell when he is retiring.

Ganduje made the remark while fielding questions from journalists during an interactive session with members of Kano Correspondents’ Chapel at the government House today.

When asked the question in the wake of the pronouncement by Governor Aminu Masari of Katsina state, who declared that he would retire from politics when his tenure end in 2023.

However, in his response, Ganduje said whether or not he would retire in politics, only time would tell.

“For now, I’m not tired. Whether I am retiring or not, time will tell. Let me tell you that I have been in politics since 1978. So, even if I say I am retiring, my eyes will be watching and my ears will be hearing,” he said.

On the issue of Independence of judiciary and Local Government, Ganduje stated that “judiciary is already independent. This is the body that has power to cancel election. Even if you win an election as a Governor, tomorrow court can declare you a loser, so there is no need for this question.”

“What you should have asked is the financial independence of judiciary and we are doing extremely well in that regard.

” In terms of the Local Government independence, we give them what is due for them. In fact, we are sometimes executing projects together,” Ganduje said.