Ganduje reconciles Dangote, BUA, as both agree to flood Nigeria with sugar 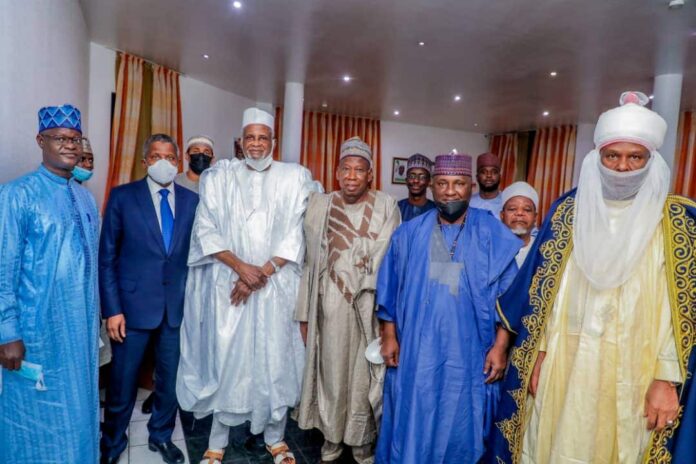 The truce was resolved by the governor with the support of the renowned business mogul, Alhaji Aminu Alhassan Dantata, Kano Emirate and the Kano State Council of Imams.

This is contained in a statement by Abba Anwar, the Chief Press Secretary to the Governor of Kano State, a copy of which was made available to newsmen in Kano on Thursday.

According to Anwar, the reconciliation meeting took place at Kano Governor’s Lodge, Asokoro, Abuja, on Wednesday, which put a stop to all rumours making round that the duo were in dispute over sugar control in the country.

“They also dismissed allegation that Dangote was planning to see to the increase of sugar price, through pressuring BUA to succumb to the increment. They described that allegation as baseless and lacking any iota of truth,” the statement quoted the two business moguls as saying.

The meeting was seen as the zenith of other similar efforts to reconcile the two giants by the governor. Alhaji Aminu Alhassan Dantata played the role of a father during the meeting.

“All the two business moguls agreed to work together as brothers for the growth and development of the nation at large, assuring that, henceforth there would be no differences that could cause disharmony between them,” the statement added.